Had a little bit of spare time today so thought I’d do an eyeshadow look using my Morphe 35R eyeshadow palette.

It was a birthday gift and was bought from Beauty Bay. It is such a gorgeous palette with beautiful shades of golds, browns and nudes. I love that it has both matte and shimmer shades in it. The pigment in the shades is fantastic and the formula is soft and buttery. There is a little fall out but putting some translucent powder under your eye area before you start your eye makeup will take care of that then once you’re done, you can brush it away and none will be left on your foundation. Would definitely recommend this palette plus at £22, it’s not a bad price either! Especially if you compare it to Urban Decay’s Naked palettes!

I was also bought a Morphe Brushes brush set for Christmas too. I used them today to do this look and they’re amazing! They’re so soft and it’s so easy to apply shadow and blend using these brushes! If you’re looking for a new set, I’d definitely recommend these!

I love this time of year when the leaves are falling off the trees and are beautiful autumnal colours of reds, golden yellows and burnt oranges. I also love that it’s Halloween season which means that I can wear my fave Lime Crime lippy in Pumpkin Pie and know that no one will bat an eye lid! Not that I wouldn’t wear it any other time of the year but October is the perfect excuse! So I thought I would share with you a makeup look that I did a couple of days ago. 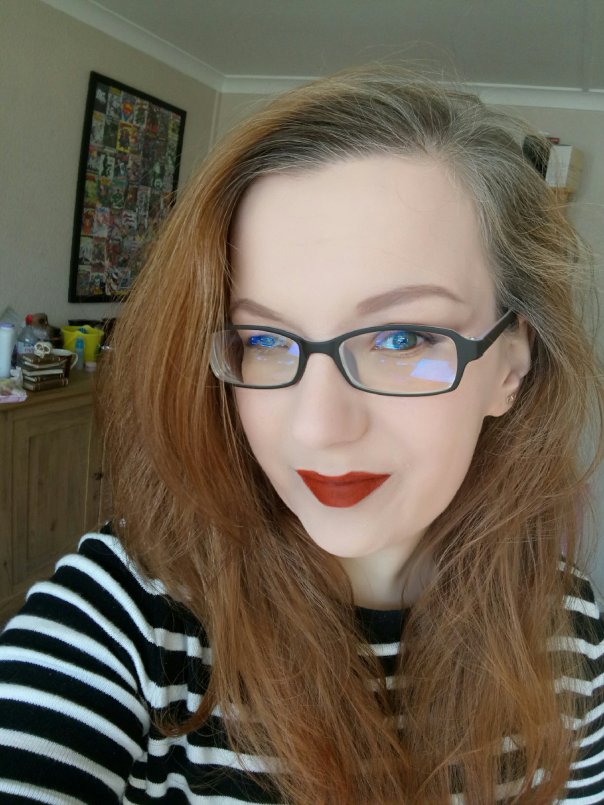 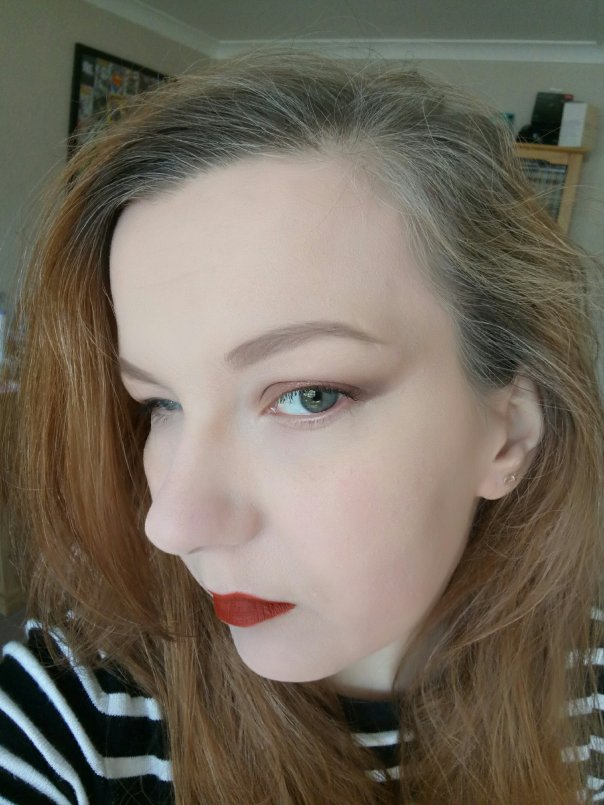 Excuse my gormless face hahaha some very serious looking poses going on there. 😂

I have also used my Jeffree Star Androgyny eyeshadow palette for my eyes and my Younique brow pencil on my brows (well obv.  🙄 I mean, where else would you use it). What do you think? Do you have any favourite makeup looks for Fall/Autumn/Halloween?
I still don’t know what I’m doing for Halloween yet or how I’ll do my makeup if we do decide to do something. I haven’t even got an outfit in mind! I left my favourite outfit at my parents which I’m quite gutted about! Oh well, I’ll figure it out somehow!
That’s it’s for today guys. I hope you’re all well and having a great weekend! Bye for now!

OMG Beauty Bay has finally stocked the 35R palette! I’ve been dreaming about this beauty! It’s so gorgeous!

Click me to take you to Beauty Bay! Buy me, Buy me! Save one for Dayna though!

Look at those shades! The beige/nude shade is gonna make those shimmers pop! I’ve been admiring this on the Morphe website so I’m so excited that Beauty Bay finally has it in stock! Now I just need to drop major hints for someone to buy me it for my birthday lol!

Hey all! How’s your Friday? Today I thought I’d have a play with my Morphe 35F palette and share the look. I actually think I love this palette more than my ABH Modern Renaissance palette! There isn’t much fallout from the Morphe eyeshadows (unlike Modern Renaissance) and they are sooo buttery and easy to work with!

There are some really gorgeous shades in this palette. Perfect for autumn time! I love wearing them any time of the year though. The palette is currently available from Beauty Bay for £22.50. If you’re after a new eyeshadow palette then definitely check out the Morphe ones. I’d loooove to get more! Do any of you own a Morphe palette? Which ones do you have?

Hey guys! How’s your Sunday? Today we had two parties to go to! The first one was a first birthday party and it was pirate themed! Of course we had to dress little Willow up so she could join in the fun! There was a bouncy castle there too! We put Willow on it and bounced her up and down which she loved but as soon as we let go of her so she could have a go by herself, she was having none of it, got all shy and wanted me or Aled to pick her up so she could cuddle into us. She much preferred chasing balloons and blowing into and empty gift wrap roll haha! Oh and eating! I think that was her fave part! 😂 Thought I’d share with you all a piccy of her in her outfit.

The second party we went to was an afternoon tea at Aled’s parents for his mum’s birthday. We all had such a lovely time! Willow thoroughly enjoyed the cake haha!

This was today’s makeup look.

I’ve used my Anastasia Beverly Hills Modern Renaissance on my eyes. Gosh I love this palette! It’s so darn pigmented! Especially when you wet or spritz your brush! If you haven’t done it, do! It also stops fall out which,  yay! Unfortunately I didn’t have time to experiment and try something new, so this had to do.

That’s all for today, guys. Hopefully see you soon with another post! 😀

Hi all! I hope you’re all having a lovely weekend so far. Personally, I’m longing for the weekend. As always. 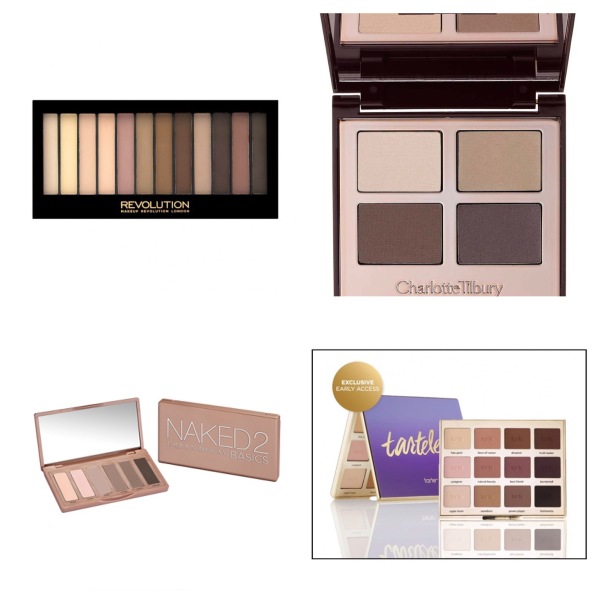 I was wondering if any of you could help me. I am on the look-out for a matte eyeshadow palette but not sure which to go for. I’ve looked at so many from all kinds of price ranges. I nearly bought a cheap one by W7 but there were mixed reviews and some claiming that the pigmentation was poor so that got a thumbs down from me. I thought about getting one of the Naked Basic palettes and even fell in love with a quad palette by Charlotte Tilbury but in both cases ummed and ahhed due to their price tag. I don’t mind paying it – if it’s worth it. So this is where you guys come in … what would you suggest? Be they affordable or expensive, what palette is your holy grail?

Nooo I don’t mean a person! I mean the deliciously cute beauty brand! I was meant to be being good with my money but …. Temptation got the better of me! Oops!

The other day I was on the hunt for a BB cream as I seem to have fallen out with my foundation at the mo and wanted something that was a little more sheer and a little less mask-like because I always seemed to look washed out. After reading countless reviews on several different BB creams on Debenhams’ website, I settled on Too Faced’s Tinted Beauty Balm with SPF 20 (bonus!) in the shade Vanilla Glow. I chose this because not only was it a light shade, but also someone had commented that it had a yellowy undertone to it which I thought would go perfectly with my own yellowy looking skin lol.

I’d also noticed that Debenhams were selling the Too Faced’s Chocolate Bar eyeshadow palette. I had been drooling over this for quite some time and discovered that not many places online seemed to be selling it, so for fear of it completely selling out, I bit the bullet and bought that from Debenhams, too. Eek! So I ended up spending a fair bit but boy was it worth it!

Both items arrived today. It was perfect timing as I’d been sent home from work, ill (still have a cold and a cough) so was feeling quite pooey but when the postie handed me these, it really cheered me up! 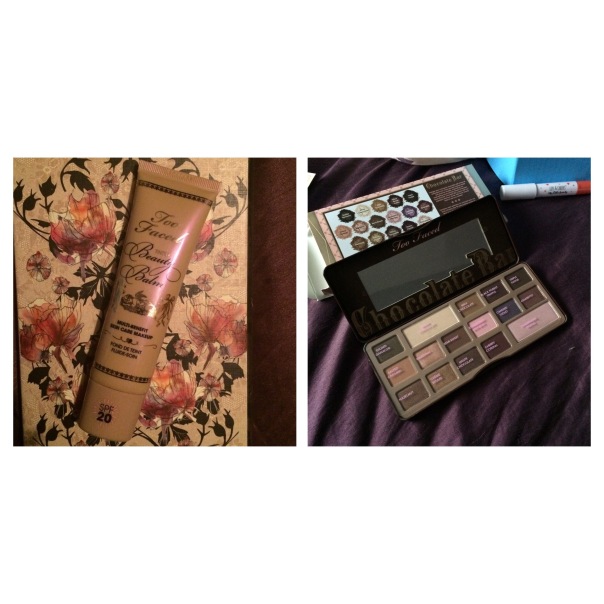 Sorry about the terrible lighting. My first impressions were that the design BB cream looked posh and fancy and the eyeshadow palette really does smell of chocolate! It smells gorgeous and the shades are all sooo pretty!

I had a brief play with the BB cream and here are the before, during and after pics:

Before: No makeup. I’d prepped my skin with some rose toner to start with.

During: I’d put on my primer and some orange correcting concealer from MAC under and around my eyes. 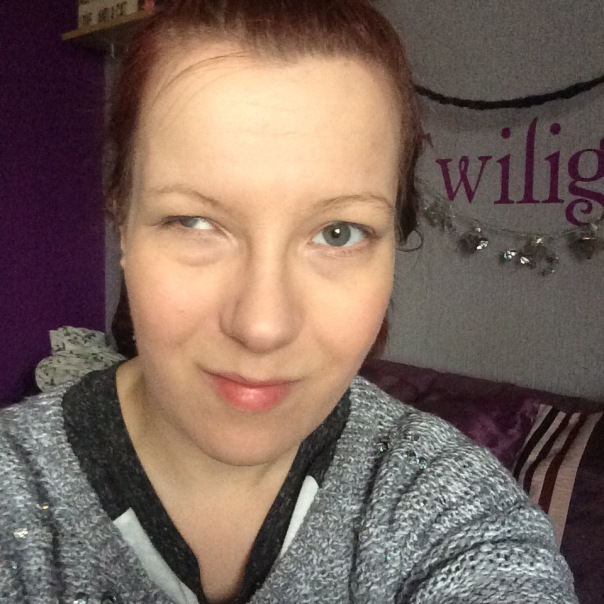 After: I’d applied the BB cream with my beauty blender. The consistency is more liquidy than I thought it would be (In the past I’ve used Clinique’s which is quite thick in comparison) so it will last quite a while methinks. At first I thought it made me look a little *too* yellow but when I compare the pics it’s lessened the redness in my cheeks, evened out my skin tone and I suppose it’s given me a bit of a glow, too. What do you think? Yay or nay? Oh and please ignore the wonky right eye that constantly looks like I’ve been punched lol. I’m blind in that eye and normally I’d be covering it with my fringe but in this instance I’d put my hair back just so I could apply makeup. Also, ignore my eyebrows. I know they really need doing lol.

I also had a play with the eyeshadows but shall posts pics at a later date once I’ve had more time with them. I will say that I love the colours and so far, they all seem to have really great pigmentation so no need to apply layer upon layer of eyeshadow like I do with my ELF eyeshadow palette. Can’t wait to play around with my chocolate bar palette more! Saturday I’ll be going to the cinema with my sister to see Insurgent (we looooove the books!) so it gives me the perfect excuse!

I was having a browse on the Too Faced site and I fell in love with this eyeshadow palette:

The Sugar Pop eyeshadow palette has some really cute colours that I’d love to try and how sweet is that macaron design on the front of the tin?! Nowhere in the UK is selling it as yet so was gutted to find that Too Faced don’t ship to here. 😔 Fingers crossed it’ll be available over here some time soon, though.

I hope you’re all having a lovely day! Being sent home from work gave me the chance to catch up on Vampire Diaries, 100 and the Gotham double bill.